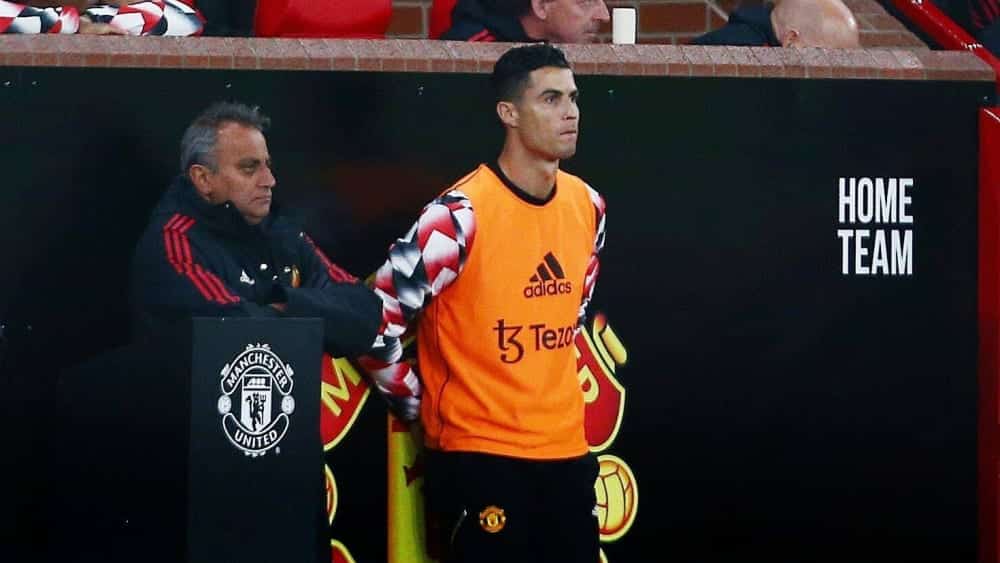 Manchester United can jump into a Champions League spot in the chasing duel at Chelsea FC. However, much of the build-up continues to revolve around Cristiano Ronaldo, with Erik ten Hag taking the stand at the press conference

In recent days, Cristiano Ronaldo has been the main topic at Manchester United following his untimely exit to the dressing room in the 2-0 loss to Spurs: first the club suspended the 37-year-old, then the Portuguese responded to the suspension via Instagram, but did not apologise for his misconduct. At the press conference before the game at Chelsea FC, Erik ten Hag also spoke about the situation and revealed another detail: CR7 not only left the game early, but also refused to be substituted.

It was not the first time that Cristiano Ronaldo disappeared before the final whistle: Already in the test match against Rayo Vallecano he left Old Trafford after his substitution without an agreement – but at that time he was not the only ManUnited player to leave the stadium early. “Rayo Vallecano was not acceptable, but he was not the only one. The second time has consequences,” ten Hag said of the attacker’s suspension.

The Dutchman also defended the measure of Cristiano Ronaldo training alone: “It’s a reflection for him. But also for everyone else.” The coach, on the other hand, did not go into detail about the conversation between CR7 and himself. He merely spoke of the statement being clear.

Although Cristiano Ronaldo has mostly come off the bench in the current Premier League season and has scored just one goal this season in England’s top flight, he remains an important player for the coach, who will now be missing in the chasing duel. “It’s a loss for the team, but he’s important for the attitude and mentality of the group,” said the 52-year-old, who followed up with his “whole focus” on the game.