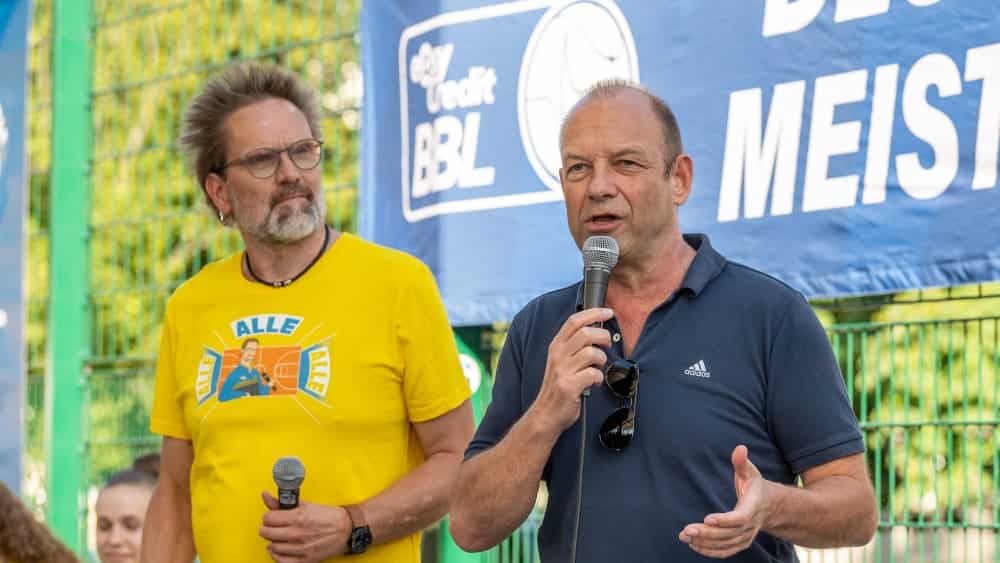 “It is important that the partners in basketball see what is possible. The league has already become qualitatively stronger and more attractive in recent years, and this will increase even more with such an impulse,” Baldi said on Thursday.

The performances of the German team around captain Dennis Schröder had attracted many viewers in front of their TV sets, especially in the knockout phase, and also ensured strong ratings in the young target group. “This underlines our assumption for many years – if there is a presence, people watch,” said the 60-year-old. Overall, Baldi said the European Championships had been “very positive” for the BBL, whose appeal will “go up another notch” as a result.

Alba, last champions three times in a row, will open the new season next Wednesday with a home game against the Hamburg Towers.
Baldi expects a “very difficult, competitive season. We have had a lot of success in the last few years. Our competitors are sportsmen, and that naturally has a very motivating effect on them,” he said at the Alba-PK. “We have received a lot of attention, not only for winning the cup and the championship, but also for our programme as a whole. Maybe that will serve as a blueprint for some, but most of all it will increase motivation. Especially nationally.”

Abroad, Baldi said, “what we do is very positively received. But everyone knows what we use to produce everything, and the expectations are certainly different from those in the Bundesliga.