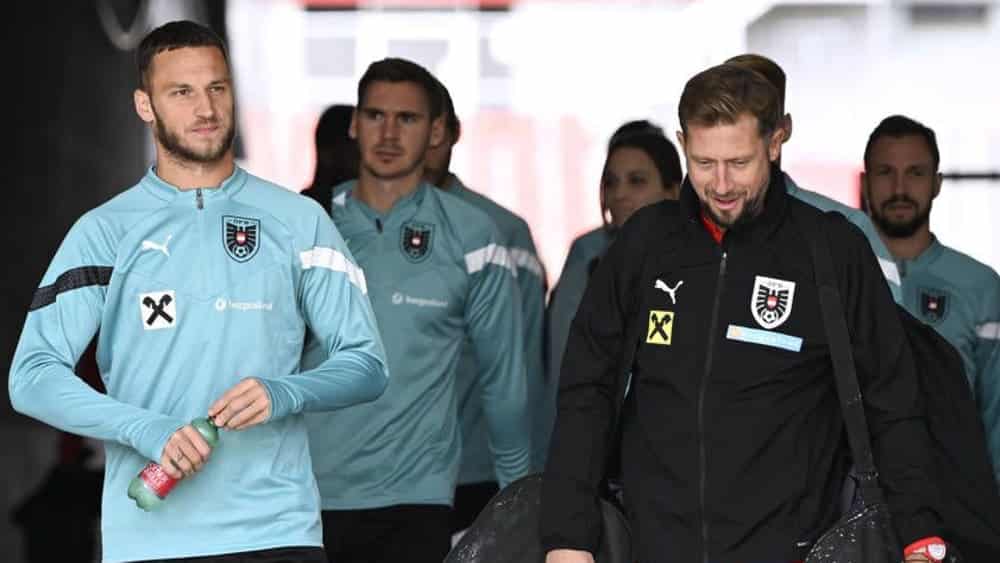 Should Marko Arnautovic feature in the Austrian national team’s next two internationals against France and Croatia, he would replace Andreas Herzog as the record team player.

Marko Arnautovic is about to enter the eternal ÖFB record books. If, as expected, the 33-year-old is called into action against France in the Nations League at the Stade de France on Thursday, he would make his 103rd international appearance for the Austrian national team and thus draw level with home record international Andreas Herzog. On Sunday against Croatia, the Bologna pro beckons the promotion to sole number one.

The prospect of that certainly fills Arnautovic with pride: “It’s an honour for me to have played so many games for the national team,” the Viennese explained in Vienna on Tuesday, but also stressed: “I approach every game as I always do, it makes no difference to me. I won’t get a super power because of that.”

In fact, he said, he doesn’t care about records: “I play football because I love it and to achieve success and goals.” He maintains a “very good relationship” with Herzog, his former coach at the ÖFB U-21 team. He was important in my career. I’m grateful to him for helping me on my way. “

From cage kicker to team player

The Italy legionnaire once again reviewed his senior career, which has spanned since 2008, highlighting his transformation. “In the early years I was always described as a cage kicker and individual player, now I am a team player. For me, the team is important first and foremost. “

Arnautovic described the 2-0 defeat in the European Championship qualifiers in Istanbul in March 2011 as a low point in his national team career. At that time, he wanted to take a penalty when the score was 0:2, but Stefan Maierhofer stepped up – and missed. Afterwards, there was a dispute with Maierhofer in the dressing room, with Jürgen Macho and Emanuel Pogatetz also getting involved. “I didn’t think much about it then,” Arnautovic admitted.

After the incident, Arnautovic was briefly ordered into the U-21 squad by then team manager Dietmar Constantini. “But then they quickly realised again that I had to go up.” What’s more, Arnautovic is sick to his stomach that he has not yet made it to a World Cup. The striker left it open whether he will try again for the 2026 finals – Arnautovic would then be 37 years old – because he did not want to talk about a team farewell.

Arnautovic has particularly fond memories of the Euro 2016 qualifiers, which they finished with nine wins and a draw. “But then at the European Championship we played like amateurs,” the attacker was annoyed. In Arnautovic’s first of two European Championship appearances, the team was knocked out in the group stage by a 1-2 defeat to Iceland at the Stade de France, where the Austrian team will be playing on Thursday.

If Arnautovic has his way, then something worthwhile should come out of it this time, even if the reigning world champions are waiting. “Nobody is unbeatable. The French have an outstanding team, maybe the best in the world, it will be very difficult and we know what’s coming. But we should concentrate on ourselves and we don’t need to hide,” said the Viennese, referring in this context to the 1-1 draw against the “Bleus” in Vienna in June.

Arnautovic is in good form ahead of the clash with Kylian Mbappé and Co. – the ÖFB star leads the Serie A scoring charts with six goals from seven games. He doesn’t look at this statistic, Arnautovic affirmed, “but if I score six of my team’s seven goals, I can’t be dissatisfied”. What makes him less satisfied is looking at the table – Bologna are only 16th with six points. “That’s too little.”

Due to the unsuccessful start to the season, Bologna coach Sinisa Mihajlovic, who recently suffered from leukaemia, had to leave, which Arnautovic described as “very bitter”. “He was like a friend to me, like an older brother.” Arnautovic said the coach’s illness had hit him hard.