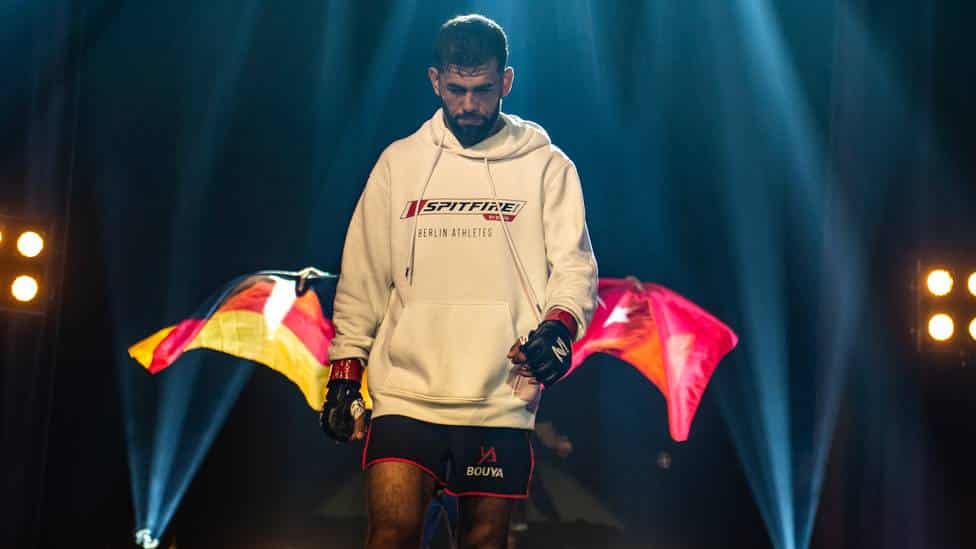 Arda Adas is not what many imagine an MMA fighter to be. Tonight, he goes for the lightweight title against Aleksandr Vertko at NFC 9


The MMA fighter from Berlin is in the main fight of NFC 9 late on Saturday night, in the duel with Aleksandr Vertko from Russia the lightweight title is at stake, the winner can feel like the best fighter competing in Germany in his weight class.

Adas would like that, of course, it would be “a confirmation”, he says in the run-up. But the 30-year-old – fight name: “Warrior” – would like to achieve more than that. He would like to change the perception of MMA sport in Germany. And a little bit of his own too.

Listening to Adas in an interview with Fighting.de, you realise that he is concerned that his sport has to deal with stereotypes in Germany.

Adas himself runs counter to the stereotypes he clashes with in many ways. The young father of a young daughter is a civil servant in the Berlin district administration, where he has issued passports and identity cards – he is currently taking time off from his job to advance as an MMA fighter. He has nothing of a trashtalking bad boy like Conor McGregor and others in the UFC, Adas talks calmly, reflectively and analytically, focused on the sporting side.

No speaker – a double-edged sword in his line of work

Adas himself knows that his kind is a double-edged sword in his industry. “Relative to what I’ve already done, I come up a bit short in terms of popularity,” he says: “That will have to do with my rather introverted personality. I’m sure others come across better. “

Adas, who trains at Berlin’s Spitfire Gym, would also be more noticeable within the scene if he were louder, cheekier and more active on Instagram and the like – as can be seen in Germany, for example, with the very shrewd Islam Dulatov, who attracted attention at the last NFC event.

However, Adas, who is of Turkish origin, is not comfortable with this way of drawing attention to himself: “I lose focus too much when I do too much with social media, I notice that.” He prefers to let his achievements in the Octagon speak for themselves – which are quite considerable.

In his now ten-year career as a pro, Adas has been active in the strongholds of the USA and Russia, most recently also twice for the Czech-Slovakian league Oktagon MMA.

Adas has not been successful everywhere, in 17 fights there were also six defeats, including in his last fight against the Czech Matous Kohout, against whom he was knocked out.

In contrast, however, there have been a number of coups at international level, including at NFC 4 last July, when Adas defeated Switzerland’s Benjamin Brander – who has been in action several times for the second biggest US league, Bellator.

The title fight against Vertko – who has only been defeated once in eleven fights so far and is part of the Frankfurt-based gyms MMA Spirit – is a chance for Adas to put another exclamation mark on his career.

Noteworthy: Adas openly confesses that the title at stake is not the primary goal for him, but rather a means to an end to achieve what drives him even more.

“If you win, people listen to you,” he says. And Arda Adas wants people to listen to him.