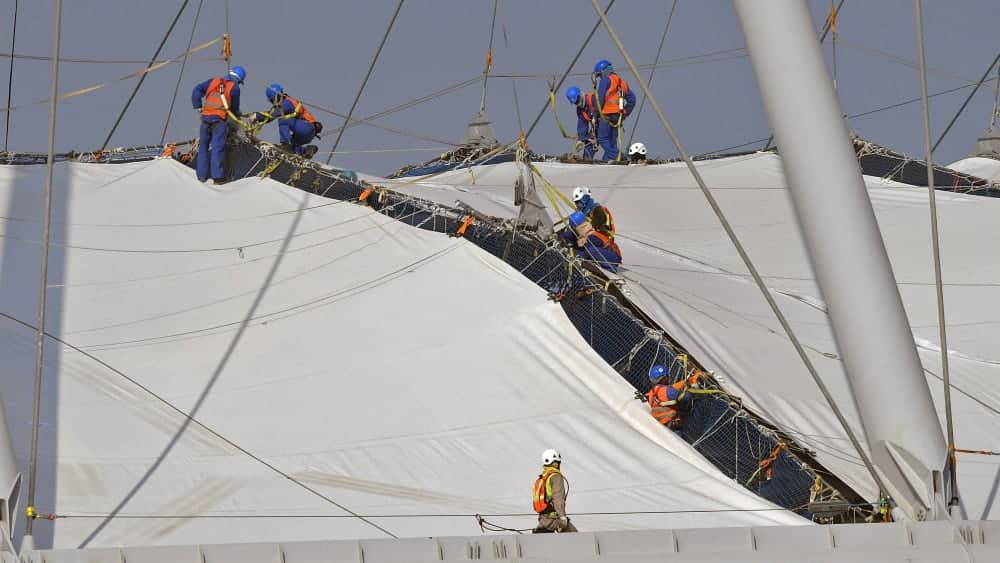 The human rights organisation Amnesty International is calling on Qatar and FIFA to set up a compensation fund for migrant workers in connection with the 2022 World Cup.


In its report “Unfinished Business: What Qatar must do to fulfil promises on migrant workers’ rights” launched on Thursday – the last before the 2022 World Cup kicks off on 20 November – Amnesty International demands that the Qatari authorities “remain committed to fulfilling the promise of labour reforms in the wake of the World Cup and beyond.”

In the wake of the awarding of the 2022 World Cup to Qatar, the human rights situation and the worrying working and living conditions of migrants in the Gulf emirate came increasingly into the public eye. The pressure exerted initially by fan initiatives and later by officials, sponsors and associations led to Qatar passing a new labour law in 2017. According to Katja Müller-Fahlbusch, the Middle East and North Africa expert at Amnesty International in Germany, this new law brought “important steps towards improving the rights of migrant workers.” However, according to Müller-Fahlbusch, “it is quite obvious that this is far from enough”. Thousands of migrant workers “still find themselves in the all-too-familiar spiral of exploitation and abuse because of legal loopholes and inadequate reform implementation. “

So far, the announced reforms have not been effectively implemented by the Qatari authorities. “Thousands of workers on construction sites, whether World Cup-related or not, still face problems such as late or unpaid wages, unsafe working conditions, obstacles to changing jobs, and access to legal support. There are still thousands of unresolved deaths of migrant workers,” the NGO criticises.

In order to address the remaining grievances, Amnesty International has presented a ten-point plan. Among other things, it calls on Qatar to end forced labour, investigate the deaths and allow trade unions in the country. Qatar and FIFA should also set up a compensation fund for aggrieved migrant workers.

“Despite the strong and growing support from fans, football clubs and sponsors for the compensation of migrant workers, neither Qatar nor FIFA have said anything about it, let alone committed to it. With the World Cup just one month away, the Qatari authorities urgently need to improve and effectively enforce health and safety measures, strengthen migrant workers’ rights and provide access to justice and compensation. FIFA, for its part, must finally stand unequivocally by its responsibility for human rights,” Müller-Fahlbusch demands.