Alisson Is Officially a Liverpool Man. the Fee? €72.5 Million – a World-Record for a Goalkeeper 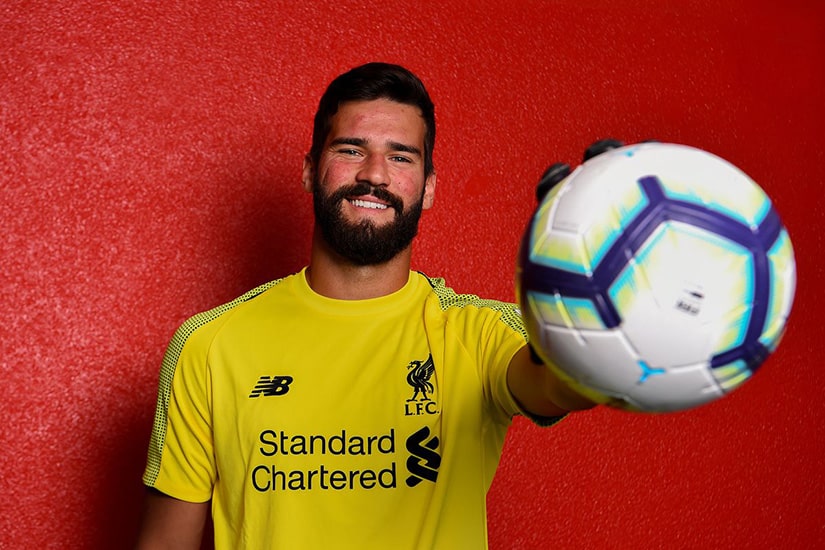 Alisson to Liverpool – How did it happen?

Ever since Loris Karius’ Champions League blunders, Liverpool has been searching for a reliable goalkeeper. Roma’s Alisson Becker was always their preferred choice, but the €100 million price tag Roma put on their in-demand goalkeeper was more than double the world-record €40 million Manchester City paid for Ederson.

Since Alisson wanted to focus on the World Cup before making a decision on his future, the clubs in pursuit had to wait. The World Cup ended and Alisson made up his mind. Despite early reports suggesting he’d stay in Italy, the 25-year-old Brazilian informed the club of his desire to take the next step in his career. Roma lowered their demands accordingly and Liverpool used the opportunity to get back into the game. Even though the requested transfer fee (€75 million) was still too high, a potential approach by Premier League rivals Chelsea, who are set to lose Thibaut Courtois to Real Madrid, forced Liverpool’s hand.

For Jurgen Klopp, it was an easy decision all along.

“At one point in the last few weeks it came up, the opportunity to sign one of the world’s best goalkeepers – then it’s not a long thought, to be honest, it’s only that you need to have a little talk with the owners!”

“They were quite excited, so we did it.”

The talks advanced this week, Alisson passed his medical and the deal was made official last night. Liverpool will pay an initial €62.5 million, with €10 million more available in add-ons for achievements in various competitions such as the Champions League, Premier League and cups. The transfer total equals €72.5 million, smashing the previous world record for a goalkeeper by more than €30 million.

Alisson Becker is delighted with the move.

“I’m really happy, it’s a dream come true to wear such a prestigious shirt for a club of this size that is used to always winning.

“In terms of my life and my career, it’s a huge step for me being part of this club and this family.”

Who wouldn’t be? He joins last year’s Champions League finalist, a club on the rise which already nabbed Naby Keita, Fabinho, Xherdan Shaqiri this summer and has the “Egyptian King” Mohamed Salah in its ranks. Alisson’s former Roma teammate, who joined The Reds last summer for €44 million, kept in touch with the goalkeeper and was eager to see him sign.

“Yesterday, [Salah] sent me a message to say ‘Hey, what are you waiting for?'”

“As the negotiations were at an advanced stage, I replied to him straight away saying ‘Calm down, I’m on my way!’” 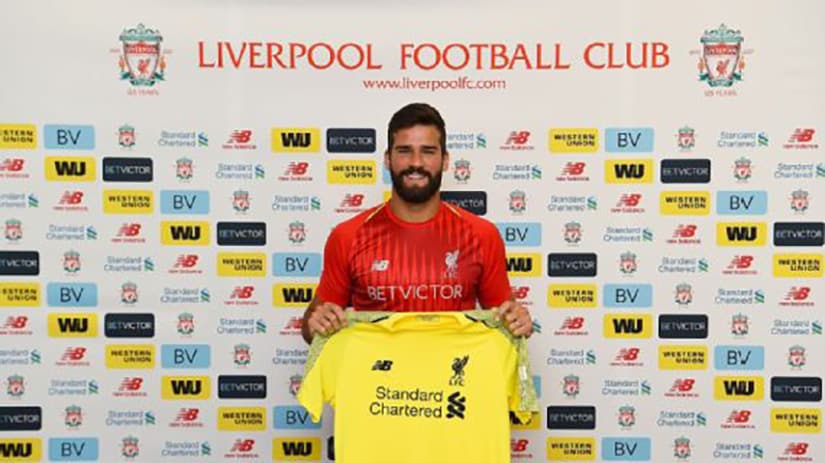 Salah remained a part of negotiation conversations, as Roma’s representatives wanted to make sure they wouldn’t be robbed again. That’s why they didn’t budge on the asking price. Brazilian teammate Roberto Firmino is another player who’ll make the goalkeeper’s adjustment to life in England easier.

Alisson, who started for Brazil at the World Cup, moved to Roma in July 2016 for €8m from Internacional. Since then, he has raised his profile as one of the most talented, confident and reliable goalkeepers in Europe, something Karius isn’t now and never was.

This weekend, Liverpool flies to the United States where they will play three games in the International Champions Cup.

Alisson is expected to join up with his new teammates upon their return. Klopp’s men will then travel to France for a short training camp before taking on Napoli and Torino in two more friendlies. They kick off their Premier League campaign on August 12 at Anfield Road against West Ham.