HomeTennisAlexander Zverev on his way to the final
TennisTennis News

Alexander Zverev on his way to the final 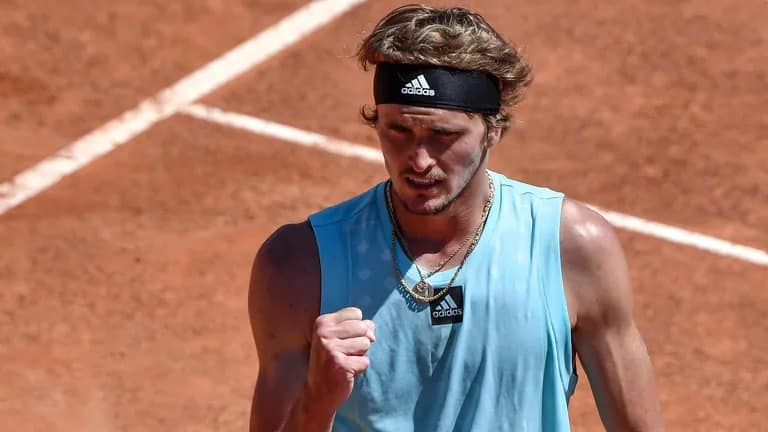 After losing the final in Madrid, Alexander Zverev now wants to win the tournament in Rome. And the German number one is once again on the verge of reaching the final at the dress rehearsal of the French Open.

Olympic tennis champion Alexander Zverev has reached the semi-finals of the clay court Masters in Rome. The 25-year-old from Hamburg won a commanding 7-5, 6-2 against Chile’s Cristian Garin and will play either Greece’s Stefanos Tsitsipas or Italy’s Jannik Sinner on Saturday for a place in the final.

Zverev had triumphed in Rome in 2017, this year he is still waiting for his first tournament win, but is getting in better shape ahead of the French Open in Paris (from 22 May). After the final in Madrid last Sunday, there is not much missing for the longed-for title in the Foro Italico.

Against Garin, who has won all five of his ATP Tour tournaments on clay, it was a tough battle at the beginning. However, after a hard-fought first set, Zverev pulled away, converted his first match point after 1:51 hours and remained without losing a set throughout the tournament.

Quarter-final exit for Altmaier in Majorca