HomeMotorsportsAleix Espargaro: Advantage over Quartararo thanks to Vinales
Motorsports

Aleix Espargaro: Advantage over Quartararo thanks to Vinales 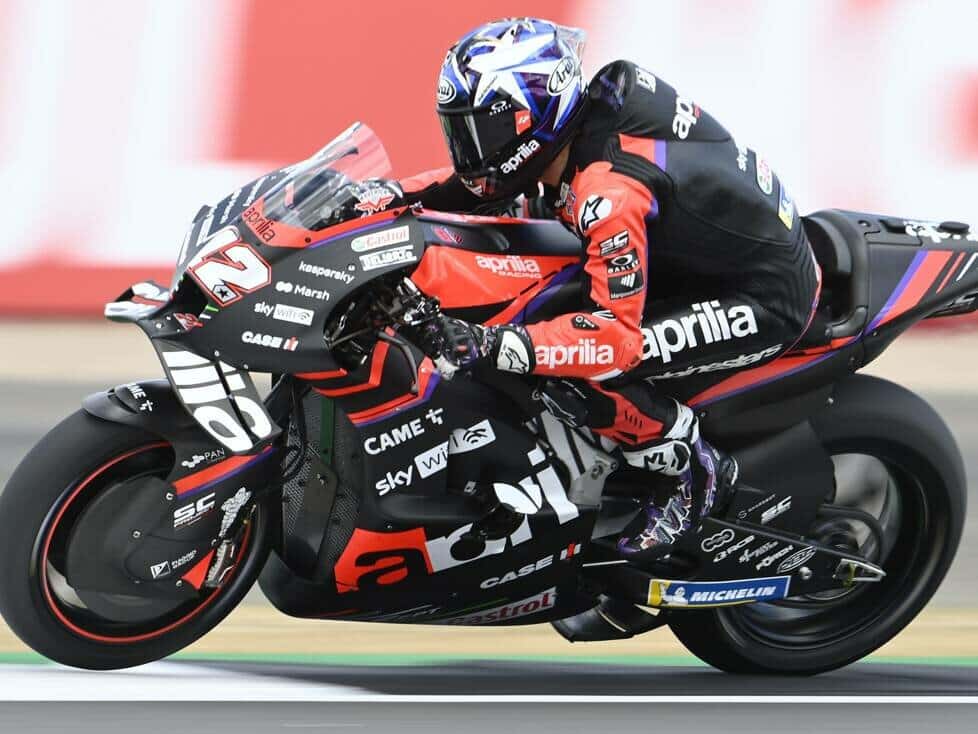 Aprilia produced the best team performance at Silverstone on MotoGP Friday, finishing third and fifth. Maverick Vinales was beaten only by Fabio Quartararo (Yamaha) and Joan Mir (Suzuki). He finished in third place, 0.177 seconds behind.

Team-mate Aleix Espargaro was also just two tenths off the top in fifth. Both riders were riding with the new Aprilia side fairing, which according to Espargaro works similarly well in Silverstone as it did recently in Assen.

The Spaniard also emphasised: “We have also improved the ride height device compared to last year. And even though I actually prefer not to use it, I can use it a few times here at Silverstone and the bike is very stable. “

Aprilia side fairing a step forward

The combination of both – new fairing and improved ride height device – allows “to use pretty much 100 per cent of the power all the time”, whereas five years ago it was not even 70 per cent.

Regarding the fairing, Vinales says: “A few things we still have to optimise. I can’t use the full potential yet. The positive thing is that we are still fighting at the front. I feel a bit better with the fairing. And in this championship every little step counts. “

Recently, the Spaniard’s form curve showed a steep upward trend. In Assen he took his first podium with Aprilia and finished third. “I am quite happy with the work we have done in the first half of the season,” he says.

“We found back to our speed quickly here. To be in the top three already on Friday is always important. It gives you a lot of motivation. Our rhythm with the medium tyre looks very good. Now it’s about continuing in the same way. “

With that, Vinales is also a big support for Espargaro – especially with the World Championship battle in mind. “We worked well together today. He is always ready to help me. We exchange data and he gives me tips. He is like a brother. You can feel that he wants this title for Aprilia just as much,” said the World Championship runner-up.

“It’s too early to think about whether Maverick will help me on Sunday. But the fact that he is helping me on Friday and Saturday is worth a lot. There are a few corners that he rides much faster than me. “

Even a little side-swipe towards Yamaha, where Quartararo is the only rider in the top field, Espargaro can’t resist: “For sure Maverick helps me much more than the second Yamaha rider Fabio helps.”

Last year that was Vinales – before the break with Yamaha came and he switched to Aprilia, also at Espargaro’s insistence. “I know Maverick very well and I’m not surprised. I did a lot for him when he was down,” Quartararo’s World Championship rival knows, “and now he’s giving it back to me.”