HomeBasketballAgreement reached: Durant will continue to play for the Nets
BasketballBasketball NewsNBANBA News

Agreement reached: Durant will continue to play for the Nets 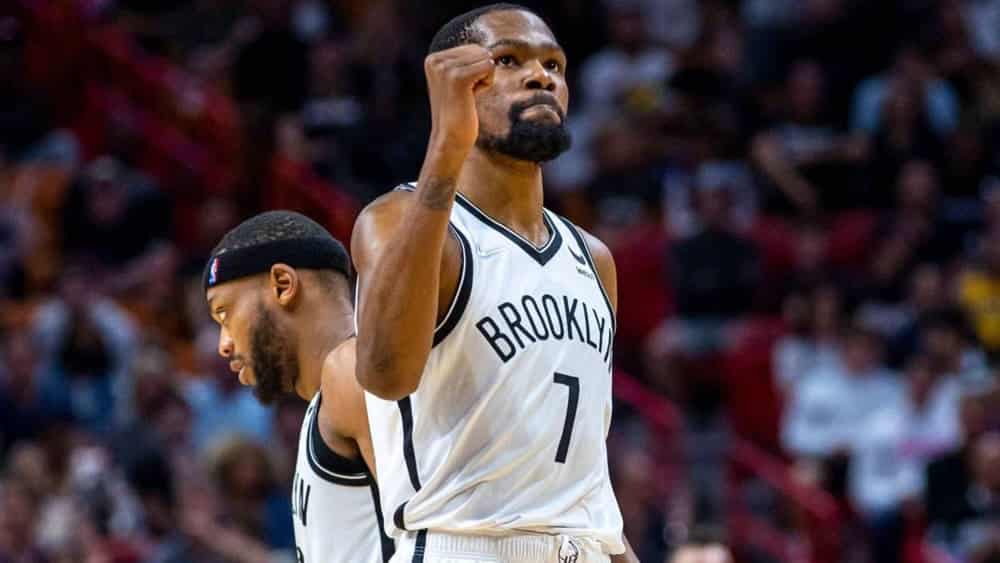 Basketball superstar Kevin Durant will continue to wear the jersey of the Brooklyn Nets in the North American professional league NBA.

The club from New York City announced on Tuesday that the management had reached an agreement with the 33-year-old to continue their cooperation. The big goal is still to bring the championship title to Brooklyn – led by Durant. He signed a new four-year contract just last year.

However, there had been reports recently that the three-time Olympic champion, who is one of the league’s best point scorers, would rather quit the NBA than play for the Nets again. Durant rejected that in this form.

However, he wanted to leave the club and, according to “The Athletic”, had even demanded the dismissal of coach Steve Nash and manager Sean Marks in order for him to stay. Nash, however, now attended a joint meeting of club executives with Durant in Los Angeles, California.

US international Durant joined the Nets in 2019 but is still waiting for a big win on the country’s east coast. In 2017 and 2018, he won two championships with the Golden State Warriors and was voted the most valuable player of the finals series as the outstanding player in each case