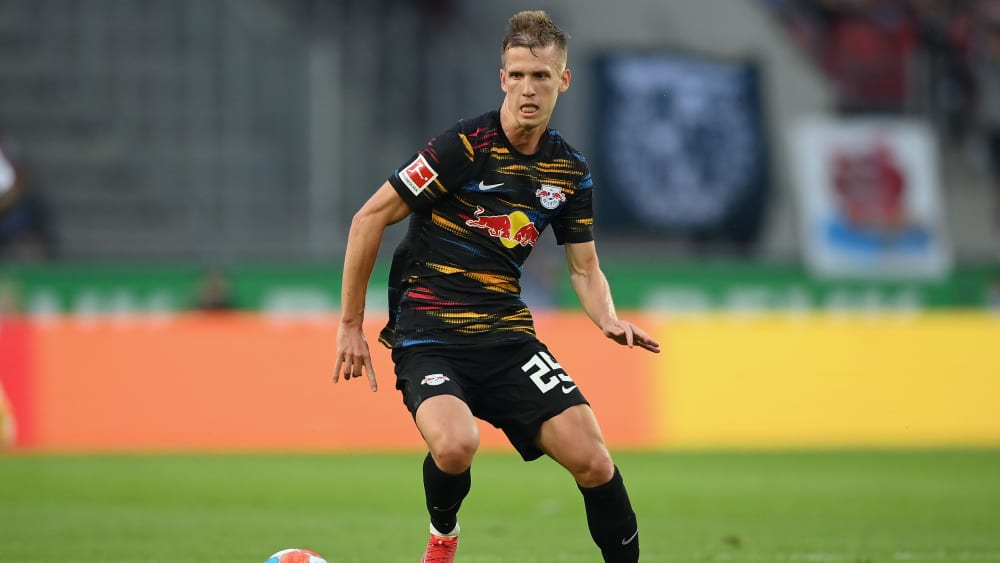 Dani Olmo will miss RB Leipzig until the end of the year due to another muscle fibre tear in his thigh. The club confirmed this after an MRI examination on Monday.

The attacking all-rounder suffered the injury before the Bundesliga match at TSG Hoffenheim, which is why he was on the bench in Saturday’s 2-0 defeat but did not feature. Olmo was absent for weeks in September due to a torn muscle fibre in his right thigh, this time he suffered the injury in his left leg.

The suspicion that Olmo and his employer are paying a high price for a special constellation in the summer is almost imminent. At that time, RB had given in to the player’s heartfelt wish and agreed that Olmo could also represent his country at the Olympic Games in Japan after the European Championship tournament. Olmo then played five games in the European Championship until the semi-final elimination against Italy. He then played in all six Olympic games, with Spain losing 2-1 to Brazil in extra time in the final.

In addition to Olmo, RB are also missing Poulsen and Co.

When Olmo returned to Leipzig, he looked haggard, overplayed and flat. A cold start followed with three winless appearances within a week against FC Bayern (1:4), Manchester City (3:6) and 1. FC Köln (1:1), in which he suffered his first muscle injury. After a five-week layoff, RB coach Jesse Marsch tried to reintroduce the recovering player with short appearances against Frankfurt (1 minute), Paris (16) and Dortmund (6). During the subsequent international break, Olmo was on the pitch almost until the final whistle after playing 33 minutes against Greece in the decisive World Cup qualifier against Sweden, where he prepared the 1:0 winning goal.

Now another setback: just six appearances in competitive matches without a goal and with only one assist is his meagre first-round record.


The injured Yussuf Poulsen and Marcel Halstenberg, as well as the yellow-banned Tyler Adams, will also be absent for Wednesday’s Champions League group match against Club Brugge. Dominik Szoboszlai, who twisted his ankle in Hoffenheim, trained individually on Monday, as did Amadou Haidara, who also has ankle problems. Mohamed Simakan, who has recovered from a cold, also only practised to a limited extent. Konrad Laimer, on the other hand, seems to have recovered from his adductor problems, and the Austrian completed full team training.