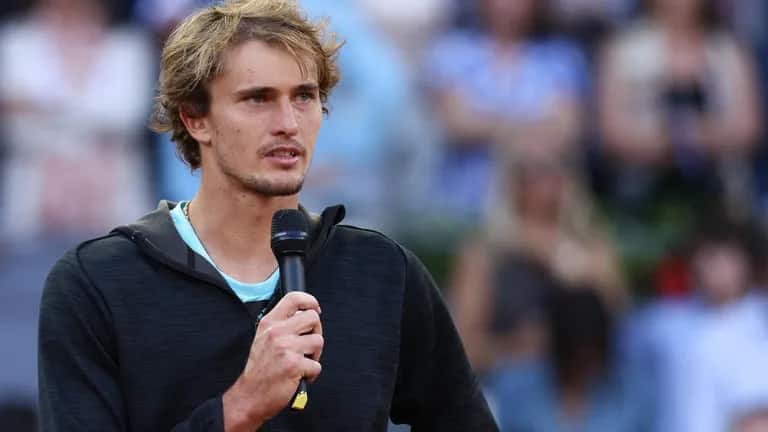 Just before the French Open, Alexander Zverev wanted to win another tournament. But in Madrid he suffered a bitter defeat in the final – and was angry afterwards.


Olympic tennis champion Alexander Zverev took a swipe at the ATP after his dismantling in the final of the Masters in Madrid against Spanish prodigy Carlos Alcaraz (3:6, 1:6). The work of the players’ organisation over the past week has been “an absolute disgrace”, Zverev said, referring specifically to the late scheduling of his matches in the quarter-finals and semi-finals.

“Two days ago I went to bed at four, half past four, and the next day at 5.20 a.m.,” the Hamburg player complained: “When every normal person goes to bed at four and then at five, it’s hard to even wake up properly.” If you’re up that late, you’re literally “dead the next day. “

Playing a final against Alcaraz (19), who is “the best player in the world at the moment” for Zverev, who is six years older than him, was “difficult”. On the court, he had “no coordination” on his own serve and groundstrokes, and he also missed easy balls.


All this made him “angry”, Zverev explained after the match, which lasted only 62 minutes. At the same time, he admitted that even if he had been completely fresh, he “probably wouldn’t have beaten Alcaraz” on Sunday. Alcaraz, in turn, declared after the Madrid triumph that he would not play the Masters in Rome next week. Alcaraz said he wanted to be “100 per cent” at the French Open in Paris (22 May to 5 June).