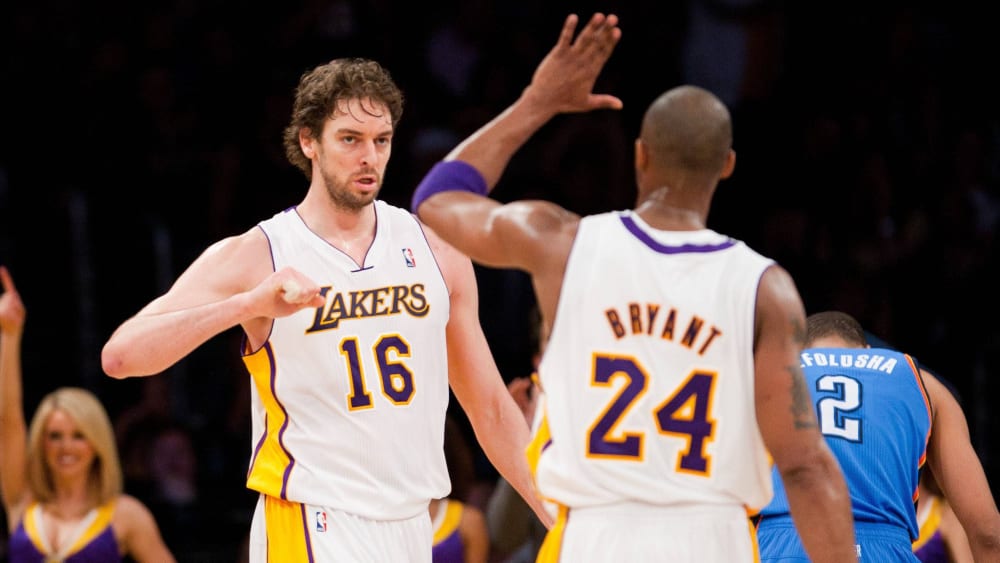 Pau Gasol has had an impressive career – with the best and most successful time with the Lakers. Now, in Los Angeles, the Spaniard will receive a special honour.

Special honour for former superstar Pau Gasol: The Los Angeles Lakers will hang the jersey of the legendary Spaniard under the hall ceiling and will no longer award his number 16. The ceremony will take place on March 7, 2023 during the season’s game against the Memphis Grizzlies, another of Gasol’s former teams.

Gasol starred for the Lakers between 2008 and 2014, winning two championship titles in 2009 and 2010 alongside the now-deceased Kobe Bryant. He was nominated for the All-Star game three times in the purple and gold jersey (2009, 2010, 2011). Gasol will become the 11th player to have his jersey retired by the Lakers, following players such as Wilt Chamberlain, Magic Johnson, Kareem Abdul-Jabbar, Shaquille O’Neal and Kobe Bryant. “Beyond grateful and honored,” Gasol wrote on Twitter.